A Google Streetview car just drove past me while I was waiting at the train station in Brügge/Westf. Unfortunately I didn’t react quickly enough so I couldn’t take a photo.

It seems there is an alternative to Neutrino on the DBox2 called Enigma. I’ve been somewhat aware of this but I never really considered it.it turns out that Enigma is a nice system that looks more polished than Neutrino. I’ll try it out on my mom and see how she copes with it.

I’ve been using Linux on my DBox2 receiver for years now. It worked fine until recently the card stopped working. At least I assume the card is at fault because I tried the same card on two different receivers. But to get any support from the pay tv company I needed to tell them what message was displayed by the original software. I still had the CD with the original software that I backed up when I installed Linux for the first time on my DBox2.

The software worked and I could convince the person on the phone to send me a new card. But the more interesting thing is that I could compare the old original software once again to the software I’ve been using for years now. I had almost forgotten how awfully slow the original software was. It takes minutes to boot and after that is painfully slow to use. It feels like walking through molasses. I attribute this to the system being written in Java that’s run on a PowerPC processor with 66MHz.

At the same time I noticed something else. Neutrino looks really hackish. The original Betanova software looks way more polished and much more appealing to a casual user. I know, Neutrino was developed by a bunch of hackers who wanted better software for themselves but the project has been running for so long now that somebody could have come up with a sleeker looking user interface.

I started listening to CoffebreakSpanish. Let’s see how far I get before I give up. I really wish I had more time to learn foreign languages.

My T-shirts from 3dsupply have finally arrived. This summer I can be fashionable and geeky.

I like their slogan too. “Products the world doesn’t need.”

So I have to wait another hour for my mom to return from her vacations because the German trains are late as usual. She’ll have to catch the next train.

In the mean time I’m enjoying another moccacino at the local coffee shop. So it’s not all bad after all. 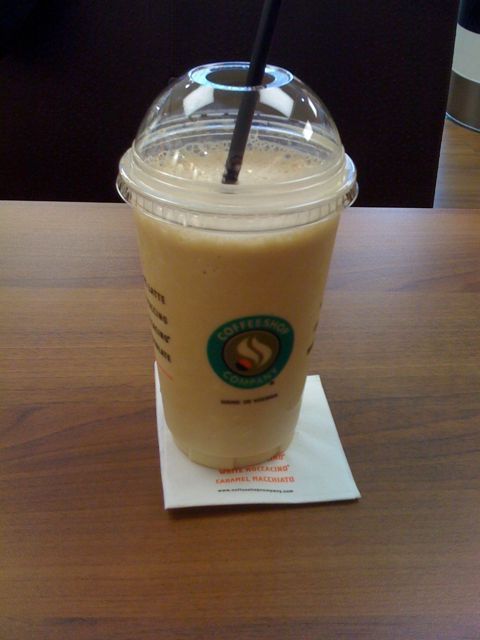 Normally, the shutdown(8) utility is used when the system needs to be halted or restarted, giving users advance warning of their impending doom and cleanly terminating specific programs.
— reboot(8) man page on Mac OS X

I expecially like the part about the impending doom.

So yesterday I went shopping and my eyes fell on a bag of hamburger buns. “Hmm, hamburgers” I thought. Put the buns in my shopping cart and went to find hamburger patties. Found them in the deep frozen aisle. The package contains 4 buns? WTF? Why can’t they sell matching package sizes? Do I have to waste those 2 hamburger buns? Yeagh!